The Growling Wolverine • May 3, 2022 • https://thegrowlingwolverine.org/2299/news/what-is-going-on-with-the-school-bells/

What is Going on With the School Bells? 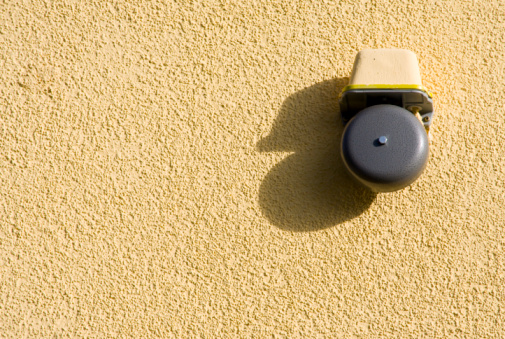 For weeks now, Aliso Niguel’s bell system has rarely been operating correctly and both the students and staff are wondering if it is ever going to get fixed. With the arrival of the new STEM building, the administration has been working to make the intercom system be heard in both the new building and the rest of the school.

On some days, the bells work in certain classrooms but are then non-existent in others. The STEM building bells worked for about a week, but have been mute almost every day it has been opened. On one day, they were testing the bells during class and were very interruptive to students’ learning time.

When students are at lunch and not keeping track of their time, the bells ring and many are not able to hear them outside. The supervisors then seem to be very on edge trying to get everyone to class on time when the bells were not heard. But, on the other hand, Anya Minaie (10) says that “I don’t particularly feel it has affected me at all.”

Students are beginning to not rely on the bell system at all and go by their watches or phones. But this can cause a problem when there is a school-wide emergency.

Just recently, the fire alarm went off very loudly in the 200’s building, due to a problem that needed to be fixed. And when the administration spoke on the loudspeaker, no one was able to understand what they were saying. Teachers did not know whether it was a false alarm or not.

Ava Wise (11) explains “I have Spanish in the 200 building. When they would make announcements during the tutorial you wouldn’t be able to hear anything. Nobody would know the flag salute was happening too.”

This scenario could have been a real emergency and people would need to know to lockdown or leave the school immediately but that message would not get to them in time. The administration is not keeping in mind that having the bells not working is not only unhelpful but unsafe as well.

As of Apr. 11, the bell system seems to be back and working very well, but the recent announcements on the intercom have been on and off. Due to the different schedule for the week of Apr. 11 through Apr. 15, the bells were also not on the correct timing and seemed to be ringing either a couple or a whole ten minutes late. This makes the students even more confused, but that problem will most likely be fixed after this week.

Eden Wallin (11) explains “The bells from the CAASPP testing schedule still go off even though it’s over. In the middle of class, a loud bell will go off and it scared me so much.”

It seems as though these bells have been off for weeks and the frequent testing noises never seem to be much help. The question both students and teachers have every day is “Are the bells working today?” and teachers wonder “Should I just let my students out on my own time?” This ever-evolving problem will continue until we are certain that both the bells and the announcements are working on time and have the right amount of sound.

No one needs their ears to bleed but the bells shouldn’t be quieter than a mouse. When will the bells truly be back to normal?