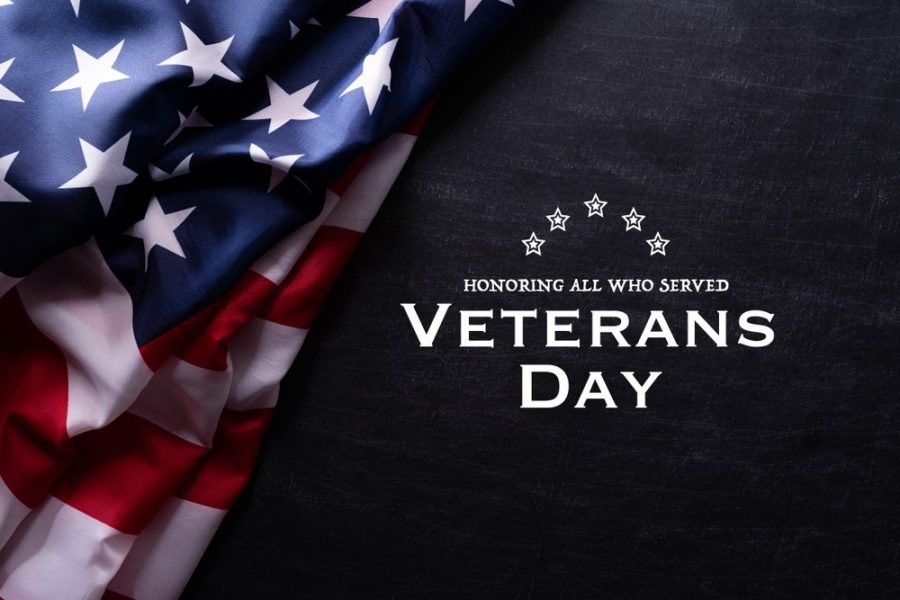 Veterans Day is this Thursday, November 11, 2021, and Wolverines are excited to have the day off. For most students this year Veterans Day resembles a day to catch up on extra homework or study for tests.

The day is set the same date as Armistice day, the day where World War I came to a close. However, Veteran’s day is much more than a day off. It represents a day to honor those who bravely put their lives on the line for our nation, served in the military or took up assisting roles. Americans honor veterans for their training, sacrifice and motivation. Some organizations, such as Applebee’s, distribute free meals to former war veterans, while others provide no-cost services on this day.

Veteran’s Day is especially meaningful to former officers and service people themselves. Not only does it represent a day to reflect on their prior service, but also a time to honor their colleagues and leaders.

ANHS is honored to have staff on campus who have a history serving in the military. Mrs. Whiteside, an academic advisor, is a former army reservist. After completing her training through Fort Hood, Texas, Mrs. Whiteside became a transportation specialist, driving Jeeps to eighteen-wheelers. When asked to describe one of her most significant moments in service, she recalls a crucial moment when helping a fellow reservist during a treacherous hike. “You don’t leave anyone behind,” she mentions. Reflecting upon her time of service, Mrs. Whiteside claims “I learned duty, honor and country…those are just things that stayed with me.”

Another teacher, Mrs. Murphy, has served as an army medic for 6 years. Her job often involved tending to wounded soldiers while in battle, or rendering first aid prior to loading them on helicopters. “We were trained to handle high stress situations,” she mentions. “During our training, they would drop mortar rounds, or blasts, which gets you used to dealing with what is going on.”

Mr. Jansen, a physics teacher at ANHS, reveals that he spent time in the marines on active duty and on the reserves. He initially trained in an officer candidate school after graduating from UCLA, and proceeded up the ranks. “I started as a second lieutenant….and I finished as a captain in the marines,” he mentions. His work involved calling and guiding airplanes and dealing with artillery.

All these experiences reveal just how diverse service in the military can really be. From transportation specialist to general, military service is by far more than physical combat. While most people picture the latter when thinking of Veteran’s day, it is important to honor all types of service. It’s this motivation, persistence and sacrifice that should be revered as we honor these figures.