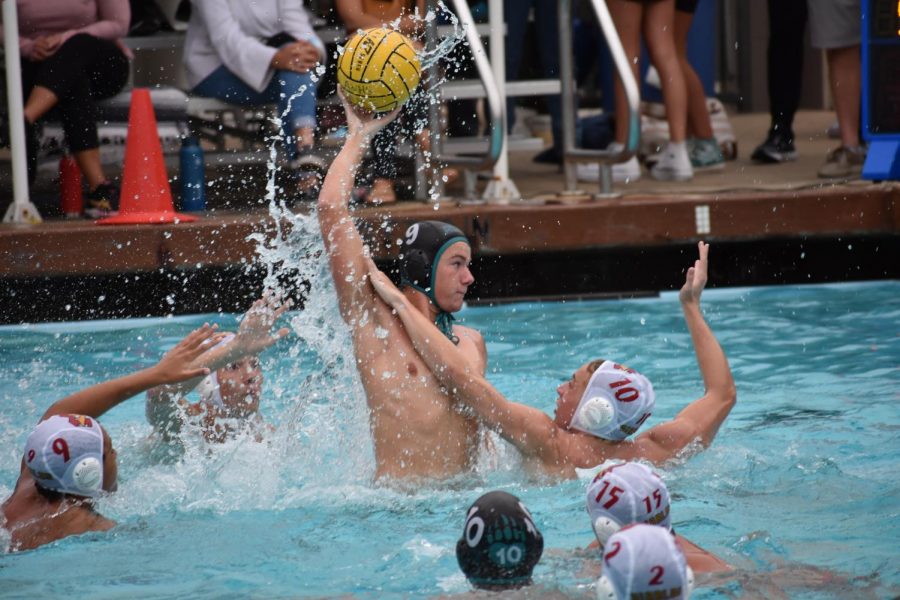 The water polo boys have been on a roll since their last report. Their record is currently 17 – 4. In the Sea View League they are in first place with a record of 4 – 0.

This all leads to the start of their season on the 28 of Sept. They played Mission Viejo and won with a score of 13 – 10.

They then played in the Villa Park Tournament, taking 1st place. They won 9 – 7 against El Dorado and won against Alta Loma with a score of 9 – 8 on Sept. 30. That next day, Oct. 1, the Water Polo team played Ploy, San Juan Hills, and San Clemente. They won all three games, and were named champions.

After this tournament, the team went back to playing league games. They faced off against Trabuco Hills on Oct. 5 winning 16 – 9. On the 7th of Oct. they played Mission Viejo winning with a score of 14 – 9. They played on Oct. 12. against San Juan Hills and they won 10 – 4.

Their latest game played was on Oct. 14 against Dana Hill (score).

With this great winning streak, shows that there have been many improvements made within the team. Jake Porter (12) stated that, “Our defense has gotten a lot better and we have cleaned up on a lot of little things” when asked about improvements made since the start of the season.

With improvements, there certainly can be obstacles. Both Porter and Lorenzo bring up the fact that COVID – 19 has been a hurdle for the team. Some players have been too sick to play, causing some difficulties in the line up.

Both Porter and Lorenzo stated that their goals for the team have not changed, regardless of COVID-19. They aim to win the league and CIF. Lorenzo stated that, “One unexpected goal we achieved was winning a tournament, which our team hasn’t done in 5 years and this was the second time ever.”

With a record like this, the boys have a good chance at completing their goals and making more unexpected goals and memories for the 2021 season.