Africa’s Climate Crisis: How Could it Affect Us? 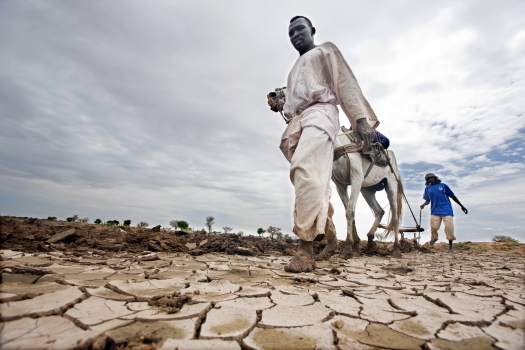 Africa has been struggling with differences in their climate for years and nothing seems to be happening to change that for good. The heat is becoming out of control for many citizens and due to lack of resources, it is becoming harder for them to survive. The humidity is taking over and the dryness of the environment creates less water availability.

The temperatures of sea water are also rising which leads to cyclones that affect people’s homes. While the overpowering heat is consuming many parts of Africa, there is also significant precipitation in other places that is both a “good and bad” thing. Although it takes away the problems of a drought, it also allows for flooding in agriculture areas where people receive their food. With this added heat, fires can become more common in forests near people.

Africa has always been hit hardest by climate change due to the lack of an ability to adapt to changes from the high levels of poverty. While it is most common in Africa right now, the United States is becoming closer to the risk of climate change everyday. There is a lack of concern among Americans because it isn’t directly impacting them now. If we continue to ignore the issue, it will leave us unprepared in the future.

Africa has the least amount of coverage online compared to new TikTok trends that show up everyday; social media ends up overshadowing important causes. Whether this is something as simple as sending resources or something major such as travelling to Africa and helping people hands-on, there is always a way to get involved. While humans are having a hard time during this climate crisis, many animals are losing their homes and are less capable of fending for themselves.

There have also been major heat waves in America which has led us to a drought and although it may seem unimportant, in the upcoming years, we will begin needing support. That is why it is important to give Africa the much needed help they need at the moment. This can be something as simple as recycling. Luckily, the U.S. government has taken a stand and is trying to work together with Africa to solve climate change. They are providing money towards the organizations in Africa to affirm that we are here to assist.