The Growling Wolverine • May 4, 2021 • https://thegrowlingwolverine.org/1160/news/mass-shooting-takes-place-in-colorado/ 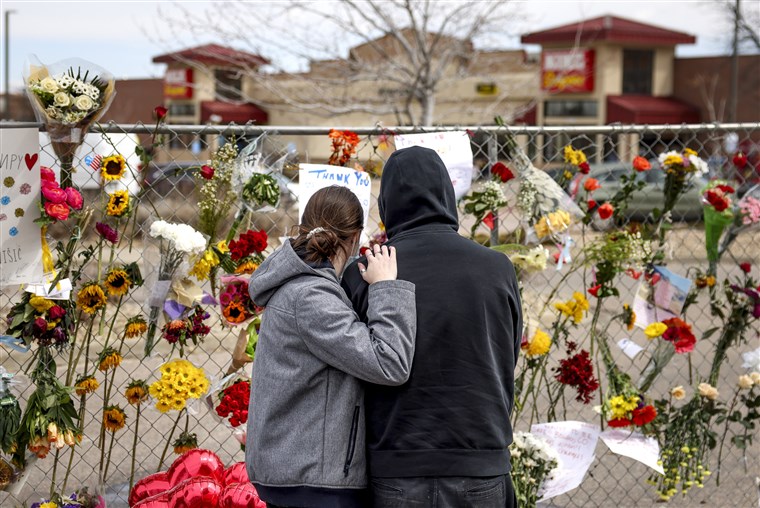 On March 22rd, in Boulder, Colorado a 21-year-old man took the lives of ten people. The attack came within a week of a killing spree in the Atlanta area, making it the second mass shooting in America in the same week.

The shooting took place inside the King Soopers grocery store on a Monday afternoon at each of the entrances where someone took a video before police arrived of a car parked haphazardly on an entrance ramp.

He started firing at different stores as people started exiting the store’s perimeter in order to find an exit. Schiller, a bystander, began broadcasting on Youtube what the situation was, which gave more information to the police, such as the type of car he drove and where he seemed to have driven towards.

Police soon after showed up at the scene to reprimand the man but he had already done enough damage by killing ten people. This has become a huge impact on how people in America view gun control and if this incident was preventable with the ban of guns.

Even though a lot of gun violence had stopped due to lockdown and COVID, we are starting to see more and more incidents of gun violence rise as areas in the U.S. are opening back up.

The perpetrator was later confirmed to be Ahmad Al Aliwi Alissa who had been equipped with a pistol that had been designed into a rifle. He was ruled to carry life in prison due to the horrendous actions he commited.